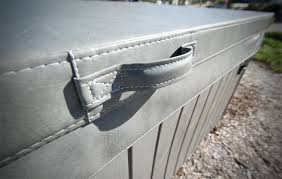 This short story is about a Fire Fighter that was intoxicated and drowned in a hot tub at friends house.  Sad story.

Locking the spa cover saves lives. Not using a spa when intoxicated also does.

According to the Evansville Police Department incident report, the home’s residents, unidentified in the report, invited the victim over Sunday to give him some home furnishings, and the victim stayed for a swim party.

According to the report, the husband told police the victim started drinking alcohol at 2 p.m.

About 7 p.m., the wife told her husband the victim appeared very intoxicated. The couple brought him inside and had him lay down in a guest room.

About 9 p.m., the husband said he checked on the victim because he heard stumbling. He reportedly helped the victim to the bathroom and heard him rummaging through the medicine cabinet.

The husband told police he then went in the bathroom and took some generic antihistamine from victim and made him lay down.

About midnight Monday the husband said he heard noise in his backyard but didn’t see anyone outside.

The husband said about 5:50 a.m. he went to pick up trash from the party and noticed the hot tub cover was folded back. He lifted the cover and found the victim lying face up just underneath the surface of the water.

The couple called 911 before moving him to the edge of the hot tub.

Police said the victim appeared to have been dead for several hours.

“It appears to be an accident,” said Groves. “But I have to wait for the toxicology results before I rule.”